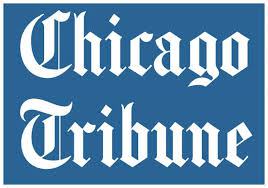 Stolen Legacy fits well into this niche market.  And here’s why:

The imprint also allows authors to dig into the complexity of the law, where other publishers might encourage writers to soft-pedal the legal details.

Without a doubt, I think if I’d gone anywhere else they would have said, ‘Oh, we want a lot of gushing and emotion, said Dina Gold, author of “Stolen Legacy: Nazi Theft and the Quest for Justice at Krausenstrasse 17/18, Berlin.”

And as the Chicago Tribune rightly reports: Instead, she was able to include family history while also delving into the German legal system in her book, which recounts efforts to reclaim her family’s building in Berlin, lost when they were forced to flee during World War II. 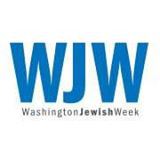 The Washington Jewish Week has a feature about “Stolen Legacy” this week entitled “Reclaiming Krausenstrasse 17/18.” It is an adaptation of sections of the book.

Politics and Prose in Washington DC now has my book in stock.  It’s on the  middle shelf of the “New Non Fiction” section.

And there were only two left.  I signed them both and a staff member stuck a sticker on saying “Signed by the Author”.

Stolen Legacy is just above “Capital Dames” by Cokie Roberts.  Slightly to the left is “Ally” by Michael Oren.

Last week “Moment” editor, Nadine Epstein, was in Berlin.  She took the opportunity to pay a visit to the former Wolff family building – once the headquarters of a thriving international fur business.

And luckily she had a copy of the May/June edition of the magazine with her. Holding open the page where my article about “Stolen Legacy” begins, she could compare the glossy full page picture of the property with the building she was now in front of.

Time for a photo! 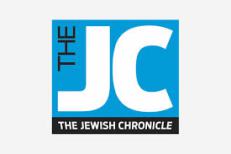 In a column titled “Still Tormented by the Past” Melanie Phillips describes “Stolen Legacy” as “gripping.”

She goes on to say “… what makes this book unique is what else Gold uncovered. For the family was robbed of the building by one of Germany’s top insurance companies, the Victoria, which transferred its ownership to the Nazi railway system that transported millions of Jews – including Gold’s relatives – to death camps. And she unearthed other evidence to suggest that, even today, Germany has failed to expunge certain links to its terrible history.”