SECRETS UNEARTHED IN NEW PAPERBACK EDITION OF STOLEN LEGACY:
NAZI THEFT AND THE QUEST FOR JUSTICE AT KRAUSENSTRASSE 17/18, BERLIN

Washington, DC, Nov. 28, 2016 — In 1990, shortly after the fall of the Berlin Wall, Dina Gold marched into a German government ministry at Krausenstrasse 17/18 and declared, “I’ve come to
claim my family’s building.” And so began Gold’s legal struggle as recounted in STOLEN LEGACY: Nazi Theft and The Quest for Justice at Krausenstrasse 17/18, Berlin, the first book about the successful claim of a building seized by the Nazis.

At Brooklyn Law School conference dinner this evening talking about Stolen Legacy with college President, Dean and Professor of Law Nick Allard. Packed room all listening attentively to my every word! Very nice crowd. Loved meeting everyone and hearing their stories. Interesting questions too. 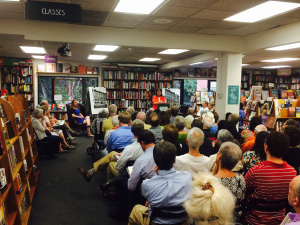 It was standing room only at Politics and Prose when I spoke about my book.  Plenty of people were already in their seats when I turned up half an hour before my event was due to start.  They listened attentively, laughed at all the right places when I read extracts from my book and asked interesting and perceptive questions. It was a very fine start to my book tour.

I nearly forgot to mention…lots of books were sold and I signed plenty of copies.

“Gran was right all along”

Lovely article by Jenni Frazer in today’s Guardian newspaper about the book. “Gran” refers to my grandmother, Nellie Wolff, who started this whole adventure by telling me stories all through my childhood of the wonderful life she once led in pre-war Berlin. And of course she told me many tales of the long lost building, stolen in 1937 by the Nazis. 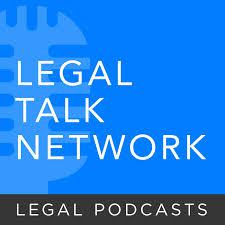 A few days ago, while attending the American Bar Association’s annual conference in Chicago, Legal Talk Network reporter, Laurence Colletti, invited me to an interview.  Jonathan Malysiak, my editor at  Ankerwycke, the ABA’s newly launched imprint, as well as two of my fellow Ankewycke authors, David Lat and Ron Fierstein, were all there too.  We talked about Ankerwycke, its remit, our respective books and our journeys as authors.