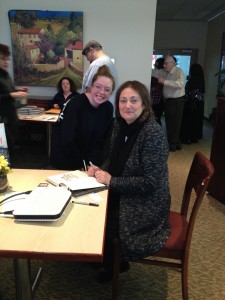 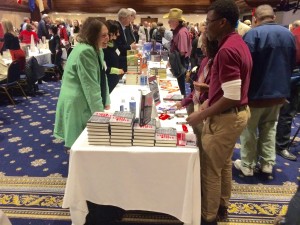 At the Press Club’s 38th Annual Book Fair and Authors’ Night.  A great turnout and wonderful to meet so many interested readers. People stopped by my table to ask lots of questions and were genuinely keen to know more about the story.

Speaking at the 64th Annual Jewish Book Fair on the anniversary of Kristallnacht.

The event was held in the Janice Charach Gallery of the magnificent building of the Jewish Community Center of Metropolitan Detroit.

Lovely to see a packed audience and to meet so many people with such amazing, and often tragic, stories to tell. 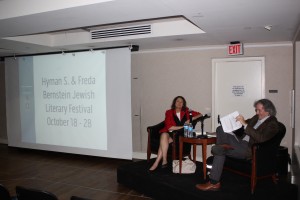 A wonderful evening yesterday with Professor Ori Z. Soltes of Georgetown University in the chair. I gave an illustrated talk accompanied by a lively discussion with Ori who ably put the story in its historical context. Then came some extremely perceptive questions from a very attentive audience.

Lovely reception and book signing after. 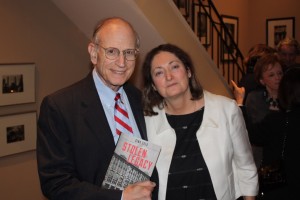 Posing with the man who generously contributed the foreword to my book, putting the story in its historical context.