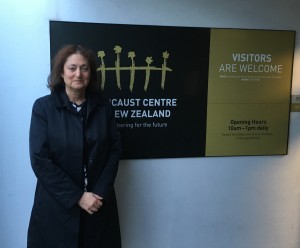 This evening at the Holocaust Centre in Wellington, NZ.

So many people came to hear the presentation that extra chairs had to be brought into the room.

The issue of restitution of property resonated strongly with the audience. Several  people  told me that their families had lost property, in various countries across Europe, which they still hoped one day to recover. 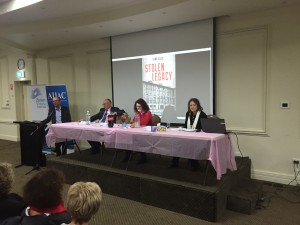 This evening I participated in a presentation and discussion at Caulfield Hebrew Congregation about my book and the issue of post Holocaust restitution.

Australia has the highest number of Holocaust survivors per capita in the world – outside of Israel – with some 3,000 survivors living in Melbourne.  Naturally there was great interest in this topic. 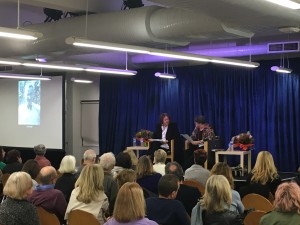 I was interviewed in the Main Hall at Waverley Library, Bondi Junction where the Sydney Jewish Writers Festival held a full day of events.

New Zealand author Julie Thomas took the chair for my session and then I answered questions from an extremely engaged audience. 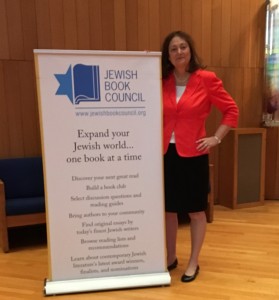 Today I was in New York, at the Jewish Book Council “Meet the Author” event.  Each author who has signed up for the 2016-17 round of  speaking engagements can present their book for two minutes.  I was pitching the paperback edition of “Stolen Legacy” – due out in October. 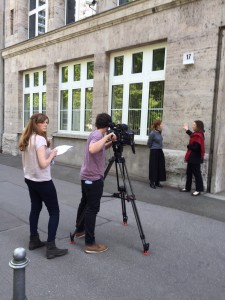 Outside my family’s former building, now a German Government Ministry, at Krausenstrasse 17/18, Berlin.

Being interviewed by a BBC reporter for a feature on the story of “Stolen Legacy.”

As soon as I know dates and times of broadcast I will post the information. 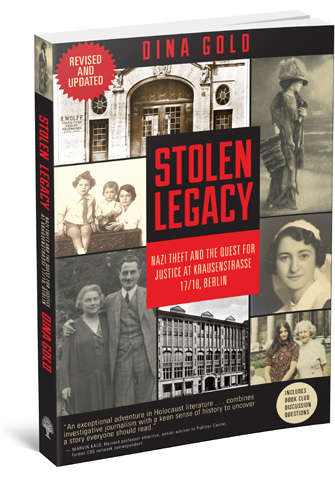