In a glowing review of Anthony Rudolf’s book “Jerzyk” in the December/January edition of Standpoint Magazine, Michael Pinto-Duschinksy writes:

“Anthony Rudolf has produced a small jewel of a book. He tells a compelling, tragic story that brings the reader close not only to the realities of the Holocaust but also to its impact on the survivors and their children over many years.”

While praising Stolen Legacy, Pinto-Duschinsky concludes his review with some sobering remarks:
“Jerzyk is one of the finest books about the Holocaust this reviewer has read in recent years. It stands alongside books such as Samuel Kassow’s Who will write our history?, a study of the Ringelblum archive of the Warsaw ghetto, Barbara Barnett’s The Hide and Seek Children and Dina Gold’s Stolen Legacy (recently republished in an extended version). By contrast, several over-ambitious writings intended as Holocaust bestsellers have been deeply disappointing — opinionated, frequently politically biased, careless with the facts, and tendentious in their theses.

Nor is the tide of such works diminishing. The attack on Holocaust memory comes from varied sources: the attempt to “explain” rather than record, commercialisation, anti-Zionism, German greywashing, trivialisation by Hitler/Stalin equalisation, pro-Zionism. Serious, genuine writings such as Jerzyk are all too rare.”

News story in The Observer

To coincide with the paperback edition’s U.S. launch this week, The Observer published an article offering a taste of some of the new material.  Here’s the headline and opening sentence:

Dina Gold researched her family’s Berlin past – and uncovered a dark secret dating from the Nazi era. 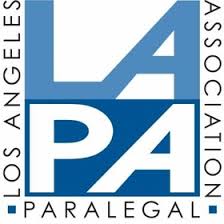 A lovely review by Christine Langteau in the August edition of the Reporter, the newspaper of the LAPA.

Ms. Langteau is clearly well aware that there is much unfinished business where Nazi stolen property is concerned.  She writes:

Gold’s journalist background enables her to provide a rich review of a prominent family before World War 2, the building it owned, and the ordeal it took to get it back. Her detailed and extensive coverage of the trail leading to recovery comments on the suffering of the Jewish people under the hands of the Nazis. Stolen Legacy is another important story illuminating the extent of the theft of extraordinary property.

This morning I was interviewed by Ellen Fanning for “Life Matters” ahead of the Sydney Jewish Writers Festival, which begins at the weekend.

I will be appearing at the Sydney Jewish Writers’ Festival on August 28.

In anticipation of the event, the Australian Jewish News has written a very nice article about what’s in store.

Festival director Michael Misrachi says he is excited about this year’s festival, which follows the success of the 2015 event which attracted more than 650 people.

“We have a great program lined up for this year’s festival, which will build on the success of our sold-out events that we have held this year with Etgar Keret, Simon Sebag Montefiore and Eva Clarke,” explains Misrachi.

“We are continuing with our theme, ‘books are just the beginning’, because the festival covers so many interesting ideas and discussions that go beyond the written word.

“Books are the springboard for a variety of ideas and issues, and the authors taking part in the festival cover a whole range of genres such as fiction, non-fiction and memoirs.”

Dina Gold’s story is in the spirit of the Helen Mirren movie Woman In Gold – it’s a saga about redeeming property that was looted by the Nazis, and which resonates strongly.